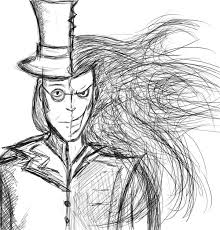 One of the biggest flaws in the case for any prosecution of the parents, is the fact that on the night of 3rd May, there was nothing odd about their behaviour, the penultimate night of their holiday, was much the same as all the previous nights.  It would be impossible, the defenders say, for Gerry and Kate McCann to have enacted such a charade if something terrible had happened to their daughter.  So strong is this argument, that it makes up a major part of their defence.  There is no way that anybody could do that, so case closed.


﻿﻿﻿Unfortunately for the McCanns, when you give away so much information, and they have had to in order to keep the headlines, you also spill the beans bit by bit.  Gerry could not resist a shot at becoming the next Samuel Pepys by keeping the world informed of his daily activities and what he had for breakfast, while simultaneously running a campaign for world domination awareness of his and his wife's his daughter's plight.  A liar, fantasist, spin doctor extraordinaire and wannabe leader of the people Gerry may well be, but a writer he is not.  As fascinating as his life and choice between coco pops and bran flakes might be to him, its drivel to readers, he is not Kim Kardashian and no-one wants to be just like him.
﻿
The idyllic, care free, day to day family life Gerry describes in his blog, does not correspond with the heart tugging account of the nightmare they were suffering at the hands of the Portuguese police as described in Kate's book.  Gerry speaks fondly of child friendly toppings, mince and tatties and family days, as if everybody (including the PJ) were supporting them and urging them on.  He was able to go from writhing on the floor and roaring like a bull, to Mr. cool, calm and collected, earnest father at the drop of a hat.  Kate too, could go from smashing up furniture and self harming to a serene, tragic heroine clutching onto her husband's hand, the moment a camera was pointed at her.  How do you have a screaming match with police detectives who believe you are involved in a heinous crime, then go on television and tell the world the police are not looking at you, they are looking for an abductor.

Unfortunately for Team McCann, they are not nearly as clever as they think they are.  They have told us again and again and indeed given remarkable demonstrations, of how they were, and are, able to act 'normally' in the face of all adversity and in the most difficult situations imaginable.  Situations that would bring most normal people to their knees.

Even Clarence confirmed, that we didn't know what was going on behind the scenes, the weeping, the wailing, the bed breaking, the thrashing around on the floor and roars of sheer pain.  Yet each time Kate and Gerry appeared in front of the cameras, they were smart, polished and almost serene, with no signs whatever (apart from the huge ugly bruises on Kate's wrists and arms) of the writhing or the gnashing of teeth that went on before. 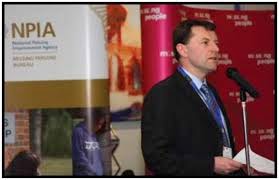 Their 'acting' was accepted without question, its the British way doncha know, and indeed they were praised for their stoicism.  They were putting on a brave front and it was something to be admired, and rewarded, it lifted Gerry and Kate above the herd, it gave the masses something to aspire to, a stiff upper lip.

Don't break down in front of the camera, a psychologist (not named) advised the distraught parents, the abductor will get off on it.  Advice Kate took literally and keeps close to her chest to this day.  Kate rarely, if ever, cries at the mention of her daughter's name and she gives a sterling, animated performance when demonstrating the partially opened door and the whooshing of curtains.  She goes through the motions of the most devastating moment of any parents' life, the moment she finds her daughter missing, without so much as a quiver of a bottom lip, a tear or any expression of guilt or remorse whatsoever.  Memories of real situations arouse real emotions.  Think of a lost loved one and you will either smile or shed a tear.  Our memories come with emotions that cheer us up or tear us apart - that's why I advise anyone who wants to write their life story, to start with the good stuff.

But all that aside, we know for a fact, that even all these years later, mothers like Sara Payne and Kerry Needham and fathers like that dear, sweet Peter Lawrence, would fall to pieces if asked to recollect the terror of the moment their beloved children went missing.  Kate however gives us an animated example of 'this is what happened (you mugs) why can't you get it into your thick heads?'  The relevant details of the message are highlighted and drummed home with the details spelled out (with actions) as though we are a class of 4 year olds.  The downside of course was, that every wannabe armchair detective and Miss Marple set about scrutinising those finer claims to such an extent that they know exactly which way the wind was blowing that night and it wasn't gushing through Apartment 5A whooshing curtains and slamming doors.

In this curious interview, a little over 3 months since her child disappeared, Kate with her friend and film maker Jon Corner, Kate, looks relaxed, tanned and glamorous, posing on a rock set against a breath taking background.  As she speaks freely, Kate  gives us a light hearted anecdote about her sister-in-law choking on her full English as she discusses Kate's 'tiny tears' husband - an anecdote that makes her, if not her audience hoot with laughter.  She then goes on to discuss the moment her life was destroyed forever as if a can of baked beans had fallen off the shelf.
The cloud of suspicion that hangs over the heads of Gerry and Kate McCann, has very little to do with Goncalo Amaral's theory or even the commentators and bloggers online.  It all stems from their own very odd behaviour.  How could the McCanns have behaved 'normally' on the night Madeleine disappeared.  The answer has been staring us in the face, they have been doing it along.
﻿
Posted by Rosalinda Hutton at 15:29