STOCKHOLM SYNDROME OR SELF PROTECTION?

In response to Bjorn's post on the last blog, I had never considered Stockholm Syndrome with regard to the group dynamics, but it perfectly describes the kind of situation where a group's fear of breaking a pact, is stronger than their fear of the consequences if the truth were told.
Turning to Stockholm Syndrome as it relates to the Tapas group is intriguing.  All these people, who may now in fact hate each other, are bound together forever more. This little house of cards is just one puff away from tumbling down.  Though to be fair, their silence has worked thus far, 11 years on and no-one arrested or charged.  Despite Gerry taunting the police for years with 'no evidence' and 'prove it', almost safe in the knowledge that it can't be done.  How is he so confident?
A strong character, or characters are holding this pact together, based initially on the collective decision to leave the children alone in the apartments and I agree, it's Gerry.  His need to control, well everything, was apparent from the off. And that included the Portuguese police investigation - miffed at not being put in charge, he started an investigation of his own. And his own search and his own campaign and his own media monitoring unit.  Apart from wearing a massive ‘I am a control freak’ badge, his control needs could not be more obvious.  David Payne I am not so sure of, but it was he who first referred to a 'pact' and it was he who led Yvonne Martin and away and told her to sod off.
The tapas group may well need psychological help, but they are educated adults with free will, their prison is of their own making.  Their fears, I am sure, all go back to that night in May 2007, when they made the worst decision of their lives.  However, my sympathy for them stops there. Some, if not all, were happy to frame an innocent man, Robert Murat, for something he didn't do.  That goes into the realms of evil.  They are all complicit, all standing on the steps of the Royal Courts of Justice, celebrating their victory. Each of them having it within their power to bring the Madeleine 'search' to a dignified end, but choosing not to, some might say.
How seriously the ‘choosing not to’ is taken by the Portuguese Judiciary and Scotland Yard remains to be seen.  Do we, the UK, have an equivalent to the US Fifth Amendment?  The right to remain silent, without anything being assumed from it? Please do correct me if I wrong here, and I’m sure someone will, lol.  Is it keeping silent, or withholding evidence?  Or the far more serious, perverting the course of justice?
What are the consequences of that silence? Well both Portugal and the UK have been put to considerable cost, financially, and this lengthy investigation has tied up the services of many detectives for many years. The newspaper barons have been forced into paying out hundreds of thousands in damages and faced the wrath of the public in Leveson.  At least two British Prime Ministers and a couple of Home Secretaries will face huge embarrassment when their poor judgement is exposed, and embarrassment is the best they can hope for.
The McCanns and their friends have far more to fear from those higher up the social scale than those at the bottom who they perceive to be their enemies. Among that sea of red faces will be many intent on revenge.  For example, the Madeleine case has been the kiss of death for the tabloids. As recently as 2007, most of us still believed that the newspapers were not allowed, by law, to lie to us - we knew of course that they were politically biased, but we had no idea how far the rabbit hole went.
However, in 2007, news was no longer restricted by borders.  And as a human interest story, it reached a much bigger demographic, even Sun readers began to see that their daily newspaper was lying to them.  Those of us hooked by the drama straight away, were witness to the huge difference in the way the Madeleine case was reported in the UK and the way it was reported in Portugal. We ‘english’ were being stirred up to believe this was a case of National pride, two British citizens were being victimized.  And alarmingly, our government and the MSM were in on it!  They chose to believe the two British suspects over the Portuguese police.
But returning to Stockholm Syndrome and all those closely involved.  Each, I think have secrets and fears, each will be judged on their own actions and decisions.  They have not protected themselves with their statements to the PJ, they have protected Gerry and Kate.  They too were stupid enough to leave babies and young children unattended while they went out to dinner.  It was a group decision, and each of their statements are that part of the puzzle that makes up the 'group statement'.  All agreed on Madeleine's colouring book on the night the child disappeared, and reaffirmed in a get together prior to the Rogatory interviews.
If each of them were isolated and questioned individually without collaboration with the rest of the group, their statements would probably be quite different.   The tapas group stayed in PDL for a further 10 days after Madeleine disappeared, giving plenty of time to build a story and alibis.  They weren't out searching with the police and volunteers, they stayed close to the parents throughout.  They didn't search on the night and they didn't help with the searches in the days that followed.  For me, their failure to search for the child speaks volumes.

I very much doubt the group have grown closer over the years, the secret they share must be like having a heavy chain around your neck, a chain that gets heavier and tighter with each passing year.  As a commitment phobe, I can't imagine anything worse than being bound to other people against my will.  The tapas group were not lifelong friends, they did know each other as well as they said, which makes it all the more strange that the parents had 100% faith that their friends weren't involved.

We all meet hundreds of friends along life's journey, but very few last long enough to become part of our intimate circle.  For me it is usually 3, 4 at a push, that's all I have time for, I like Jerry Seinfeld's practical approach on the issue of friends, each has a place and there are rarely vacancies!  For each of my close friends, I could give a zillion reasons why they could not and would not steal a child.  For friends on the periphery that I hardly know, I couldn't say the same.  Kate was witness to her friends leaving the table during the course of the dinner, how could she not suspect them?

The foundations for this group's relationship were built on very rocky ground, each is dependent on the other not to expose them as liars.  Each has to stick to the group statement compiled on the back of Maddie's colouring book.  They cannot deviate from the script in any way, and every time they talk about it, the chances are they will.  Gerry and Kate, Kate especially, become very agitated when asked to go over the details of that night.  They recite the well practised and rehearsed set script.  There is no embellishment and nothing else has come to mind in 11 years, no detail as to how they reached that collective decision to leave the kids alone, no detail as to their own behaviour that night and the days that followed.   The nearest to a human reaction, was bizarrely, Gerry's calling from God as he prayed in the local church.  Go forth and find Maddie, and all missing children, the good Lord told him, not in those exact words, I believe it was a tunnel of light.

I'm not sure Stockholm Syndrome applies to the tapas friends, admittedly it could be because I have little sympathy for them.  Their cavalier attitude towards the duty of care they owed their children, appals me, so too their arrogance.  In fact I think I will wind myself up by having a re-read of their rogatory interviews.

I also think there are several alpha males within that group, who are vying to be top dog, they are all competitive but perhaps none so much as Gerry, whose tennis tournaments continued while others searched for his daughter.   Gerry takes the crown, but I doubt the others are submissive, they each hold Ace cards they can play at any time.  Gerry is as enslaved as any hostages he has taken, they all are. 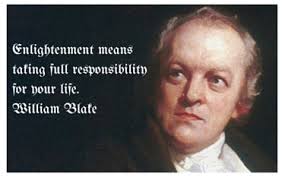 Posted by Rosalinda Hutton at 12:02