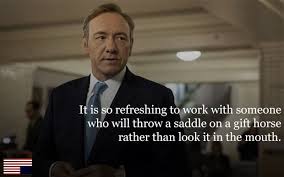 Without any doubt whatsoever, the missing Madeleine Campaign was a media phenomenon.  The attractive, cherubic face of the almost 4 year old revamped and revitalised the entire missing children industry, both here and in the USA - (did Gerry seriously expect to find her in Washington?).  This missing child, wasn't an unappealing spotty and surly teenager who had argued with his/her stepdad and run away to the big city - the bulk of their day to day business - it was a photogenic toddler, a D.W. Griffiths blonde angel, stolen in the night by a dark, threatening stranger, one who hid in the bushes, watching and waiting for his moment to pounce.  A lurking, predatory danger that threatens the very fabric of our society.   The bogeyman made flesh.

Imagine launching an industry, or revitalising an old one, with the face of the world's top model stamped on every product?  Add several kilos of syrup, a backstory that would bring a tear to the eye of cynical old Simon Cowell and you can start printing million dollar notes.

Imagine then, that you have a government staggering to keep control, a leader with a fragile ego, desperate to make the people like him, and a popular cause that the public have leapt onto?  In 2007, Gordon Brown wanted/needed a popular bandwagon to jump onto - a cause that would unite him with 'the people', a cause that crossed all class barriers - the UK were united in wanting to find Madeleine McCann.  Her parents had experienced their worst nightmare, everyone wanted to help them, and the Labour Press Office had people like Clarence Mitchell, who could point out how good they would all look wearing yellow ribbons for Maddie. 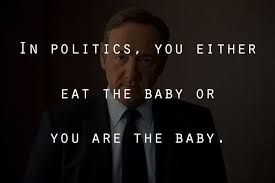 Tis my own belief that whoever in Downing Street took that first call on the morning of 4th May 2007, got so carried away with media potential and the opportunity to portray themselves, Gordon Brown in particular, as compassionate, caring fathers and mothers, must have seemed like manna from heaven.  The idea that the parents could have been involved in their daughter's disappearance either never entered their career focused heads or it took several hours/days for that big Oops moment to kick in.

Were the Labour Government so naïve that they didn't check out the abduction for themselves?  I can't say I know very much about MI5 and MI6, but were they too sitting there wiping away the tears and passing around the collection hat?  Were the cream of the UK's police and all the special forces taken in and convinced by the phoney performances of Gerry and Kate McCann and the distasteful tales of child neglect from the Tapas 7?

The first two Portuguese policemen who arrived at the scene on 3rd May, spotted the strange behaviour instantly.  Kate describes them in her book as Tweedledum and Tweedledee, thereby establishing, not only what a vile, ungrateful woman she is, but also establishing that she and her equally charmless husband, were always going to blame the Portuguese police.  And lucky them, the British Establishment were going to join in that too.

I think Gordon Brown was desperate to be a popular Prime Minister, but he just didn't cut the mustard, he lacked the charisma of Bill Clinton, the boyish charm of Tony Blair and even the 'authority' of Margaret Thatcher.  In an age where world leaders are chosen as much on their good looks and electibility as their policies, Gordon Brown was a throwback to the ugly mugs of Harold Wilson and Dennis Healy, that is, leaders now are not so much the peoples' choice, as the choice of the Party's PR Department.

As we all know, Gordon Brown worked his passage, he had earned the crown, no one more than he, had sacrificed so much. Despite having the rug whipped from beneath his feet all those years ago, he had reluctantly settled for the role of wing man and bided his time.  He not only wanted to succeed Tony Blair, he wanted to surpass him, nothing like a niggling grudge and years of resentment to drive ambition on.  Blair had swept to power on wave of public adoration, but he left under a cloud - the public's love was there for the taking.

I don't doubt Mr. Brown's financial genius (what do I know), but unfortunately for him, you've either got, or you haven't got, charm, and sadly for him, not only does he lack it, he doesn't understand it.  He comes from the Methodist ethos that hard work and dedication should be reward in itself, or more accurately, it should be recognised and appreciated by others (the masses) without the need for the martyr to blow his own trumpet.  The more saintly among us do their good works  silently and in sack cloth, in the knowledge that the Good Lord knows what they do, and a press leak here and there doesn't hurt.

It could be argued, quite successfully I think, the incumbent British Government made a huge mistake by intervening in the Portuguese Investigation, but then used that mistake for a multitude of sinister agendas.  The case of missing Madeleine had nothing whatsoever to do with the online protection of children - Maddie wasn't even 4 years old.  But it coincided with every governments' need to get control of information - a cause strong enough for every parent and everyone who cares about children, to give the authorities permission to access their confidential online activity. Those not agreeing, obviously being child haters and perverts.  Those shouting 'think of the children' know they will always have a wave of popular support, it follows 'terrorist threats' in the 'how to gain control and stay popular' section of 'Every Tyrant's Handguide'.  Sexual perversion in these anything goes times, brings out the ire in very few these days, but throw kids into the mix and you can still raise a formidable angry mob.

Two cards are teetering at the very top of this particular fluttering house, the blame can't be laid entirely at the door of Mr. Brown, Tony and the gushing Cherie, were veritable angels of mercy to the stricken parents.  So, two Prime Ministers, and several Home Secretaries, must convince the public that they had no way of knowing that the McCanns' abduction story may have been a fib? 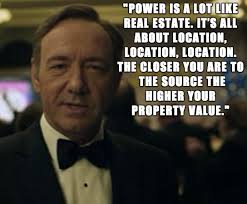 Posted by Rosalinda Hutton at 08:10