BURIED BY THE ANTI'S - Banned for having an opposing view 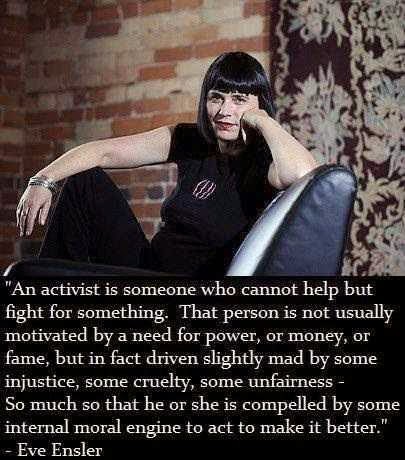 I started today as the angry girl I once was, the sullen little beastie, confined to the corner with my arms folded and my bottom lip sticking out in defiance at the sheer injustice of it all.  I knew it was on the cards, but I am angry just the same.  I am banned from Jill Havern's forum for telling the truth, but before I go into the lurid details, let me explain why I follow this case so closely.

Tis no secret I suffer from manic depression, I have discussed it on here in the past, it has plagued me for a lifetime.  I'm not ashamed to say that I have used the puzzle that is the mysterious disappearance of Madeleine McCann to distract my thoughts from bigger issues that would emotionally tear me asunder if I were to dwell on them.  I hasten to add that I would not have used this case in such a way, if the parents had not been involved.  Like every other decent human being, my heart breaks for genuine victims of such terrible tragedy, but that angry little girl standing in the corner simply can't keep quiet about the injustice dished out to another little girl by all those claiming to be on her side.

When news of Madeleine's disappearance broke on the morning of 4th May, I was nursing my terminally ill mother and trying to run two homes and a job 100 miles apart.  Both my mother and I took an interest in the case.  She was an early riser, and a canny Irish woman with a gift to see 'exactly what people were' in an instant.  Unfortunately that gift didn't come with a stop button, much to my embarrassment as a child, but to my amusement as an adult.  It tickled her to see the shock on people's faces when she fired an arrow directly at their Achilles heels.  To the indignation of many, I appear to have inherited it, and we are both giggling.

As my mother's health deteriorated, I had much to escape from, each day brought worse and worse news.  I couldn't turn to religion, since I had become enlightened, and its a tough old road to go down when you haven't got a higher power to turn to.  No benefit to my poor mother either, who screeched 'tell him feck off' very loudly when I suggested a priest.  She could already see Dad and her long deceased siblings, she didn't need a man in black to guide her.

To escape the living hell that was my reality at that time, I delved into researching this case, and having taken the blue pill (or was it the red pill?) there was no way back.  It has been a lifetime quest to discover what it is that makes people evil. For me this case has opened up the door to so much that I was unaware of and I am horrified by what I have found.  I have completely lost faith in the political party I once loved, and my belief in the old fashioned British principles of playing fair, have been shattered.  And it all began with this case.

By scrutinising every detail, every statement, every video, I became more and more intrigued by the grieving couple.  Tis my belief the pair share a rare form of psychopathy, and students of psychology will be studying this case in textbooks for decades to come. I have studied body language, forensic linguistics (thank you Tigger and Hobs) and human behaviour.  I've studied the media in far more depth than I ever have before (and I used to teach it!) and I have studied and continue to study the politics behind the cover up.  At the  end of 7 years, I am much wiser and more cynical than I ever was before.

My dear old Mum saw through Kate and Gerry straight away.  I took the opposing view, on the basis that she was as mad as a hatter.  But try as I may, I could not understand their constant TV appearances and trips to see the Pope and Oprah Winfrey.  Whatever 'innocence' everyone could see went completely over my head.  I went online and soon discovered I was far from alone, but that is another topic for another day.  My enemies will accuse me of being pro in the early days based on the fact that I refused to criticise the parents until I was 100% certain that they were involved.

Returning to the Jill Havern forum, my days there were always numbered. As a lefty, anti establishment, libertarian, tree hugger, I had been dodging bullets from the moment I joined!  In fact on joining, I received a long winded diatribe from one of the more prominent members telling me off for my immoral and louche approach to life and my support of legalising drugs!  For anyone trying to form a mental image, I am more Hyacinth Bouquet* than Janice Joplin.

But lets not digress.  Why was I banned.  Firstly, I was set up and I fell for it.  I'm not proud of that, doh!  After reams of posts criticising me, Sharon (moderator) stepped in to ask posters to take it to the Members lounge.  I posted, 'I will reply in members lounge, if I can be arsed'.  Bingo, they got me, instant ban!  I was set up M'lud.

But I am not going to be sidetracked by silly conspiracy theories. They wanted me out, and they have achieved it.  Now they are free to place Tony Bennett back on his pedestal, where he can continue preaching to the converted.  A forum that only permits one view is not a forum as there is no exchange of ideas, but a single (tedious) and worshipful flock of sheep.  Well baaa to you a'holes who forced me out, I wear my black fleece with pride.

For those unfamiliar with the Jill Havern forum, it was set up to support most famous anti McCann activist Tony Bennett and his campaign The Maideleine Foundation.  Tony Bennett took civil action against Kate and Gerry McCann for child neglect.  The case was thrown out, but it attracted a lot of (negative) publicity.  Tony also printed leaflets listing 60 facts about Madeleine's disappearance and at one point, he and others distributed the leaflets in the McCanns home town of Rothley.  Again, this attracted much publicity.  Tony was barred by the Courts from distributing his leaflet and has gone through many legal battles with the McCanns, the upshot of which, he is gagged and must make a monthly payment to the parents.  An angry man? If I were Tony I would have stopped those payments the moment the diggers went into PDL, mind you, I would have cut my arms off and spent weeks in prison hanging upside down before paying that pair a penny!

As I am now able to post 'unbound', I can state that I never supported any of the tactics used by Tony Bennett and the Madeleine Foundation, as I believed them to be tasteless and harmful to those seeking justice for Madeleine.  Whilst I admire Tony's hard work and diligence, I do not agree with his conclusions, nor the way in which he is pursuing the matter, and in fact I believe that he may even be harming the official investigation by trying to meddle with the witnesses.  Some on the Jill Havern forum are demanding the Smiths come forward and make a public statement to rebut Tony's (frankly ridiculous) accusations - oblivious to the fact that this family are witnesses in a major criminal investigation, who cannot and should not, speak about anything pertaining to a future trial! Deh!

I believe Martin Smith replied to Richard D. Hall, because he is a reasonable man, but didn't reply to Tony, because banging their heads against a brick wall would have been more productive.  Even now, admin are saying on the site that Martin Smith's email might be fake!

My disagreement with Tony and indeed the reason for my ban rests on the evidence of the Smith family. Tony is adamant they are involved and 'we' (JH forum) have a right to investigate them.  I believe they are innocent witnesses and that we should respect their privacy.  Tony also believes that the investigation by Scotland Yard is a whitewash, a  means to cover up Madeleine's disappearance and clear the parents of any involvement.  I am not so cynical.  There are good people in this world, like Goncalo Amaral and the Smith family, those who are brave enough to stand by their truth in the face of so much hostility.  And I believe there are good people in the police, men and women just like Goncalo Amaral who stay focused on the victim of the crime and won't give up until she gets justice.

Farewell to the posters on JH who continue to fight for truth and justice.  The ban is for a week, but after this blog, I doubt I will be back.  I entered the McCann fray to discover the truth behind the disappearance not the truth according to Tony Bennett and other commentators who demand we believe them or they will take their ball and go home.


*I have and use a cakestand for afternoon tea :)

Posted by Rosalinda Hutton at 15:57