HOW ABOUT WE JUST FORGET IT?

There’s clearly a lot more to little Madeleine McCann’s disappearance than the simplistic narrative put forward by her parents and their friends on the night she vanished. A narrative accepted without question by the entire British establishment and senior police officers who should have known better. Madeleine was stolen in the night by a bogeyman - yeh, the mythical monster we use to make naughty children stay in their beds and go to sleep. Guess what kids, he’s real.
Child snatchers are mostly grotesque characters from children’s story books, comical caricatures of the dangers that surround us, if we don’t eat our greens or go to sleep when the light’s out. We take comfort in the fact they are not real, our parents will protect us, or we can always hide under the duvet.
Gerry and Kate made this mythical creature very real. So too did their entire bandwagon. Not much tops a child stealing predator for front page news.  Whilst New Labour were calling out for us to carry ID cards and line up to submit our DNA for a National Database and Jim Gamble wanted to police the lawless internet.  What better way to promote all these causes than the cherubic face of a missing child?
But, let’s put all the intrigue aside for just one moment, because I want to reply to a very interesting question posed by one by one of my regular contributors, JC (probably not Mr.Corbyn :( or the other ‘JC’)). How about we just forget it? Not JC’s exact words, but you get the drift.
To those of use who can merely observe, it would seem both Operation Grange and indeed the PJ, are caught in ‘check’, that is not quite check mate, because there appears to be a tenacious few, who, like Goncalo Amaral, will never give up.  A police investigation isn’t about protecting people from their crimes, it is about getting results, and by results, I mean convictions. The police build the case for the prosecution, not the defence. 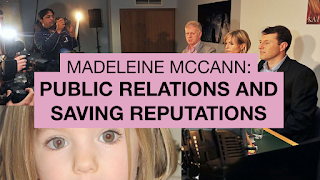 I am very happy to attach a link to a brave new documentary by journalist Sonia Poulton.  And it was hugely refreshing to watch a documentary based on the facts of the case rather than the very creepy speculation of a handful of oddbods.


Firstly, I would like to thank Sonia for putting to bed the ludicrous and frankly offensive idea that people who question the unbelievable abduction story are filled with hatred for the parents of a missing child. As Sonia pointed out, there are ‘antis’ and ‘pros’, and it was the ‘pros’, the supporters of the parents, who planted the medieval idea that non believers were haters and pitchforkers.
Thankfully, Sonia skilfully avoids the pitfalls of actually stating it was Colonel Mustard in the library with the dagger, the police work and the forensics, she rightly leaves that to the officers of Operation Grange and the PJ.  As a professional, she knows that the police cannot be held to words they have written or spoken during an ever changing investigation.  And they have said very, very little, but for some what they have said is carved in stone.
Sonia picked up on, what most of us picked up on, and it began long before we knew anything about the forensic evidence or even heard the name Goncalo Amaral.  As the McCanns opened an online shop, went to see the Pope and embarked on a European tour, we were the ones saying WTF, while Team McCann insisted no-one had the moral right to question what is normal.  Who knows how the parents of a missing child should behave, they opined, they saw the use of lawyers and spin doctors as innovative and brave.  But let's dispel this once and for all.  Yes there is a line between normal and freaking crazy, and it should be ok to say that. It was good to see American profiler Pat Brown put into words what so many of us were thinking, to sum it up 'the behaviour they [Gerry and Kate] exhibit, is so out of whack'. Indeed.  Most of us know what we would feel, and have an inkling as to how we would act, beginning with searching every bush, every ditch, and every inch of the vicinity.  Pat picked up on those huge anomalies, that distinction between normal and not normal.  Gerry's chatty, newsy blog for example, stands out as a major 'WTF' (please do see my WTF series of blogs).  What father of a missing child, possibly in the hands of paedophiles, could write such light hearted dross?

Goncalo Amaral has recently raised the question of the massive Madeleine Fund being wasted on legal proceedings by Gerry and Kate McCann. The McCanns and their Board of Directors (including Esther McVie) at the time promised transparency, and promised the Fund would not be used for legal fees. Clearly that did not last long, because forensic accountant Enid O'Dowd, couldn't even find the name of a single employee.
The segments chosen by Sonia perfectly demonstrate very strange behaviour of these parents and the topics that have kept social media buzzing for all these years.  Social media has picked up where the mainstream media have opted out. Why won't the MSM publish the truth? The answer is probably quite simple, they know how litigious the McCanns are.
I hope this documentary is seen by everyone and anyone with an interest in what could easily be described as the crime of century.  Sonia has gone much further than other documentary makers in this case, in that she has tackled those behind the scenes players directly. Ouch for Richard Bilton, but much deserved, his 10th anniversary documentary was appalling. How dare he intrude on the lives of those Portuguese workers with such heinous suggestions, he was racist, classist and the BBC at it's snobby worst.  But Sonia was far from finished.  What have you got to say for yourselves Jim Gamble and Martin Brunt?
Saving reputations shouldn't cost lives.  In order to protect Gerry and Kate McCann, a multi pronged attack was planned on those who dared to criticise the McCanns.  Jim, and I have no doubt it was Jim, chose, or helped choose, Brenda Leyland because she was so 'ordinary', Jim is fixated with monsters disguising themselves as normal people.  Poor Brenda was labelled a troll, at a time when internet trolls were public enemy number one.  Sky News and indeed the tabloids were merciless. Who can forget Carol Malone's 'fecked up bitch' remark?  Brenda's tragic death was a result of a group of sadists thinking up ways in which to destroy this woman's life completely.  Brenda Leyland was the example used to silence the rest of us.  I am sure she would be pleased to know it totally backfired on them.
This documentary has the quality and professionalism of award winners.  Sonia has bravely trodden where other journalists have said, 'no way'.  She has taken away the taboo our of not believing the parents, and shown that forums such as mine, have plenty to talk about!
Ps.  There are a couple of appearances by moi!  I have to say, although I am a narcissist, I also suffer from body dysmorphia (quite rightly says Smart Arse Son), so I am relieved not to look as hideous as I think!