WHERE DID SMITHMAN HIDE THE BODY? 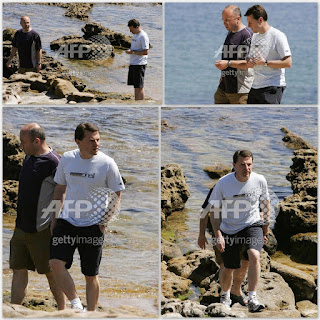 There are only a couple of options if it was you know who - he had only moments to get rid of the body and return to the group.  I don't think he would have had time to find an unfamiliar address, knock and/or fumble with keys etc.  Finding a secure location on the beach or on wasteland in the local vicinity would have caused the same problems with the time factor - unless a temporary 'hiding spot' was previously known.  Whichever way, you look at it, there were massive risks.  Once the alarm was raised searchers and dogs would be combing the area. 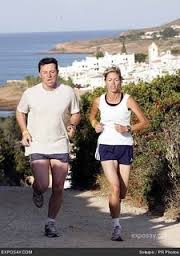 Some might say, the McCanns were expecting the body to be found.  As early as 10.30pm Gerry was discussing paedophile gangs, and Kate was heard to say 'those f**king B'stards' have taken her'.  This could be interpreted as an explanation for the condition of the body and anything an autopsy might reveal.  The hiding place could not have been that secure, because the body was moved 3 weeks later - prior to the more intensive searches by the specialist team from the UK.  Again, huge risks were taken, more areas were contaminated with the smell of cadaver.

The first burial place in my opinion was not premeditated, pre-planned or assisted in by anyone outside of the holiday group - if it had been the parents would not have been dropping hints about paedophile gangs and 'f**king B'stards.  The main agenda of the McCanns' campaign is to convince the world Madeleine is alive and well and being treated like a princess.  In those early hours I think,  there was a very real fear that her body would be found. 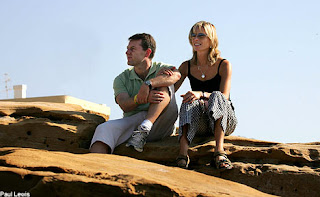 There is of course the possibility that Smithman was rushing to meet someone, someone either in a car, or someone he could pass the body too, whose absence wouldn't be missed.  This explanation would have required outside assistance, perhaps from someone local or someone known to the group who lived nearby and who was willing to drop everything to rush to their aid.  I don't mean 'known' in the Tony Bennett sense, I mean someone who adores you enough to rush out in the night to help you hide your dead daughter's body and face several years in prison themselves.  It is quite a big 'ask'.

In any event, whoever the abductor passed the body too, was not knowledgeable enough, or well connected enough, to hide the body in a permanent resting place. And of course, he too, like the original abductor, didn't have a car.  He couldn't have, because if he did, he would driven as far away from PDL with his cargo as he could and the question of moving the body again would not have arisen.  He most certainly would not have remained in the immediate vicinity digging a hole while a massive search was underway. 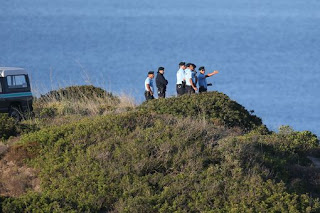 However, going with this theory, you can see why the telephone calls and antenna signals are of vital importance.  Who did those first calls go to?  Had they been from the McCanns to Robert Murat for example, the case could have been wrapped up years ago.

I believe the body was hidden temporarily in the local vicinity (in panic) in a spot that could prove problematic if more intensive searches were carried out.  Moving the body was an incredibly risky thing to do -  they clearly did not have outside assistance, because they used their own hire car.  Had they been in league with the very well connected Robert Murat, alternate cars would I am sure, have been available. 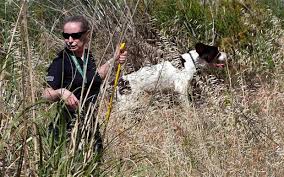 The McCanns are risk takers extraordinaire, they have come this far on a wing and a prayer, everything they have done has involved almighty risks.  Perhaps they truly believe they are the 'chosen ones', they certainly appear to be in the grip of the 'God Complex'.  Fate has favoured them, they have turned almost every negative into a positive. They lost they daughter, they became Ambassadors for children everywhere.  They were criticized by the Media, they shut the media up.  They turned a great big whopping lie into the truth.  That takes some balls.

I think the most likely explanation is that the holiday party had become familiar with the areas around PDL during the course of their holiday.  In their runs and explorations, the chances are they came across a nook, a cranny, or a cave, that would perfectly fit their needs in the short term. A place remembered at a time of desperation, and a place one man could run too, spend seconds doing the deed, and return to the main stage in time for the curtains to rise.  And the excavations in the areas around Apartment 5A last summer would seem to support that theory.  The second burial place was of course the final one, one in which they had time to plan and a vehicle with which to go further afield. 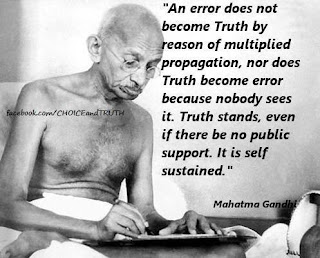 Note to Sykes:  You claim the money from the advertising on your site goes to the 'main owners' Forumotion.  An out and out lie!  Bloggers and forum owners have the option to have advertising or not.  The idea that you have advertising on your site for the financial benefit of a large, unknown corporation is absurd and you must be the only forum owner on the net who does that.  You have chosen to have advertising on your website, ergo, you have agreed to the conditions and you have physically added the gadgets to enable them.  You are fooling no-one, other than your fellow death dossier compilers on JATKY2 and Stop the Myths.  The amount may well be a pittance, but you are stealing it nonetheless.  The advertisers are attracted to your site based on the work you steal from others.  You are the lowest of the low in the blogger world and I hope, once people realise what you are doing that you receive the contempt you deserve.
You have removed my Reluctant Dieter's blog and book excerpt, but you still have entire blogs that you have republished without my permission.  That is copyright theft.  As for my diet blog, it may well be of interest to your readers, but you didn't write it, did you?  And you certainly didn't ask my permission to put it on your website.
We bloggers put a lot of time and effort into our work in order to get 'hits' - for us it is a labour of love.  The only 'work' you do, is copying and pasting what we have written, and for this you are receiving advertising revenue.  You have even said in the past that you are putting my blogs on your website to prevent me from getting the 'hits', thereby of course, ensuring that the hits go to you.  By taking my blogs and my hits, you are stealing.  I am not mincing my words here, you are a thief and I am not going to tolerate it any longer.
﻿
﻿
Posted by Rosalinda Hutton at 13:39