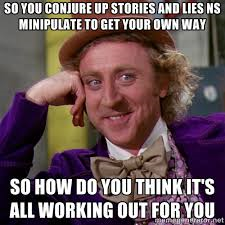 The cost element is a good ruse to get the public on board in calls for the Madeleine investigation to be shelved.  The £11/12million and 4 long years is wholly disproportionate to the original crime.  No country or police force has ever committed so much money and manpower to finding one small child.  Police filing cabinets the world over have sections filled with unsolvable and cold cases, crimes for which there is not enough evidence to bring a prosecution, even though the detectives have a good idea who the perpetrators are.  The good guys don't always win.

The McCanns, like the parents of Jonbenet Ramsey, have money and connections, and like the Ramseys, they have been able to counter accusations against themselves with a slick, organised campaign of misinformation to protect themselves and point the finger of blame elsewhere.  Like the McCanns, the Ramseys were even able to employ former 'respected' policemen and detectives to create scenarios and documentaries to support their claims that they were innocent victims and that a stranger murdered their daughter.  So powerful and successful were the Ramseys that no charges were ever brought against them.

The Ramseys however, did not have to face the power of the internet or the full force of public opinion.  Like the McCanns, they were able to maintain control of what was published in the mainstream media through litigation, but they didn't have to contend with the police releasing their original files into the public domain, and Jonbenet's Avenger, former lead detective Steve Thomas, did not have the worldwide support that Goncalo Amaral has, and his book was not shared by thousands online.  For Team McCann, all their planted stories of known predators, egg men, spotty men and ugly men, are deconstructed and disassembled by armchair detectives within moments,  Unfortunately for them, the audience they created when Madeleine disappeared has stuck, but they are a more enlightened and sophisticated audience than that of the Ramseys, and they know all the details.

If we step back from the propaganda and the spin that surrounds this case and look at similar cases of claimed child abduction, we can see that the case of missing Madeleine is not so unique.  I doubt the McCanns will object to being compared to the parents of Jonbenet Ramsey, but the exact circumstances are probably more comparable to Lisa Irwin and Isabel Celis.  These cases, it could be said, are going nowhere.  The parents are not co-operating with the police, and the police are not looking for abductors, the present position is stalemate.  The parents in these cases are also running 'get their daughters home campaigns' and Funds with huge clouds of suspicion over their heads.

In the case of missing Madeleine however, there are two live police investigations and there are no signs that the police, either here in the UK or in Portugal are looking for a live child, a paedophile gang or a lone abductor.  There is not now, and never has been, any urgency in what they are doing - if they believed Madeleine was alive and other children were at risk, then catching the 'abductor' would be their top priority, and they wouldn't take 4+ years to do it.  If another child were abducted or murdered in the meantime, then their laissez faire attitude would be unforgivable.

The case of missing Madeleine could have been shelved many years ago if a whitewash was on the cards.  No-one seriously expected Scotland Yard to intervene, the crime was committed on Portuguese soil, and no matter how much the public were being whipped up into a frenzy of support for the victim parents, it would have fizzled out with few, if any, questions asked.  The McCanns could have been given the review they wanted and they could have carried on with their fundraising and their new lives in the media, representing missing children and hacked off celebrities. 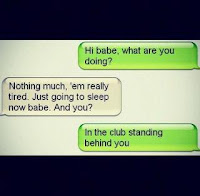 As much as the McCanns claim to be buoyed and encouraged by Scotland Yard's investigation, the rapid way in which they have aged, and their absence from our breakfast television sofas, says the opposite.  Their attempts to stifle public debate have failed miserably.  No-one was buying the hater chants of Summers and Swan and the example made of Brenda Leyland was catastrophic, not to the people who discuss the McCanns online, but to them personally.  It put the spotlight not on the 'haters', but on those using the 'troll' argument to police the internet.  Brenda Leyland, God rest her, paid the ultimate price, but her devastating action stopped the McCanns and the wannabe internet police in their tracks.

If the remit of Operation Grange was to find an abductor and clear Madeleine's parents, then they have failed.  None of the suspects featured on the tabloid's front pages (some who have gone round the block a few times) have been convincing enough to carry the abduction story all the way,  The mention of death, the digging up of the area in the immediate vicinity of Apartment 5A, and the uncanny similarity between Gerry and the main suspect, 'Smithman' has turned even the most outspoken supporters of the parents into sceptics.  Operation Grange may have begun the investigation with 'neither the parents or their friends are suspects', but it cannot end the same way, too much water has passed under the bridge.

So what is taking so long, and what is costing so much money?  Anyone familiar with this case, even on a tertiary basis, will know that the cover up goes much deeper and much further, than child abduction, or occultation of a cadaver.  This Scotland Yard investigation, if it is an honest one, will not be a prosecution of, say, 9 people, it will be the prosecution of many, many more, some of whom, might even be seen as untouchable.  A case must be built by the police, against every individual involved and they will each have a team of defence and media lawyers to fight their case.  They are looking at long stretches in prison, they will not go down without a fight.

They are up against unscrupulous people who hold powerful secrets about powerful men (and women), secrets that have enabled them to keep the establishment on puppet strings and the cash flow running in their direction. Each and every one of these people want to see the Madeleine case disappear and Kate and Gerry riding off into the sunset.  If the McCanns are charged, then they too will face a knock on the door, there is no honour among thieves, when the time comes, it will be every man (and woman) for themselves, and perverting the course of justice, no matter who you are, is a very serious criminal charge.

Those of us who have been on the receiving end of these evil machinations have little or no sympathy for those involved, but there will be many who's first instincts will be 'how will this affect me', and sadly, they will put their consciences aside, and opt for self preservation every time.  Operation Grange are probably all too well aware of this, they can't put establishment figures on trial unless their case is watertight and if their targets are bonded together by a 'lets stay rich and successful' superglue, they are facing almost insurmountable odds.

I doubt any of them are too concerned about what happens to Kate and Gerry.  They have been articulate and publicly acceptable victims of this apparent heinous crime, but no-one could have foreseen what an odious pair of greedy publicity seekers they would become.  Those desperate to operate the strings, had little choice but to watch their prodigies grow, flourish, and then go out of control.  Once Kate and Gerry got a taste of the power the media had, they wanted it all to themselves.  No sharezeez , for them, they wanted it all.  How many megalomaniacs does it take to change a lightbulb - there can be only ONE.

Kate and Gerry are nouveau riche, they not only don't understand the rules, they have no intention of playing by them.  This is their time, they make the rules.  These are people who don't let an opportunity pass them by, and they don't play nicely.  It is no coincidence that all those benevolent millionaires and altruistic television presenters are no longer at their side, the 'nice' Kate and Gerry only exists for those who can do something for them, stop giving, and you are history.

The McCanns, I think, will be hoisted by their own petards, all those they have wronged (and I have no doubt there are many) will reach a point where enough is enough.  Kate and Gerry may be finishers, but they cannot guarantee the same for those around them.  Some may have reached a point where they honestly don't care what their own punishment might be, whatever it is, it will be preferable to having their lives dictated by narcissistic psychopaths.  And if they continue with the abduction lie, then that will be their lives forever more.

Something has got to give.  Pacts of Silence cannot last forever, Among the many who have committed crimes for this despicable pair, there must be some who are finding the gnawing guilt unbearable, some who will be considering what their own children will think of them and what their legacy will be.  Loathe as I am to put Kate and Gerry among the Chamber of Horrors and the most evil people who have ever lived, among them will be, those who helped them. 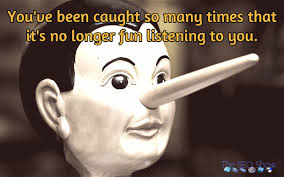 Posted by Rosalinda Hutton at 14:41