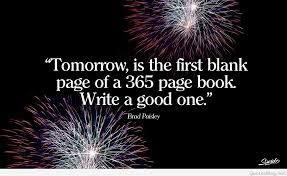 Happy new year to all my readers old and new, thank you for sticking with me, and thank you for returning again and again.  Just to pee my enemies off, I am absolutely chuffed with the way my blog has developed.  It has survived all the pettiness and squabbles that caused most of the other groups and forums to self combust.  I've never been in the slightest bit bothered about trolls, troublemakers and disrupters, and I am happy to publish alternate opinions as long as they are not littered with abuse and insults.

As should be clear, I cannot and will not be censored, and I don't want to censor anyone else.  This hasn't led to anarchy or a need for a panic room, the opposite in fact, this is one of the few places in the niche Madeleine world where alternate theories and opinions are welcome.  I'm desperate to know what others think, which is why my blog is interactive.  Far from being upset when I am proved wrong, I am grateful to be enlightened.  One of my favourite, and oft used phrases is 'you know, I never thought about it like that before'.

The part of me that wants to believe in the good of human nature, would like to be proved wrong in the Madeleine case.  The last few remnants of Catholic would like the burden taken away, It would be nice to go back prior to that summer of 2007, when the world appeared to be more stable and Western governments less corrupt.  This case is so much more than a little girl who went missing, and hopefully one day, all those who used her name and face so unscrupulously will be held to account.

Meanwhile, I have been trying to put off 2017, hiding under the duvet won't make it go away.  I am not so much concerned about Brexit, I actually wanted to stay until I saw how much it mean't to ace turncoat Owen Smith, now I think Out is right.  Much, much, worse, is that that the USA have, incredibly, elected a raving lunatic as  their next President.  It's kinda like the UK voting in Benny Hill. A slobbering letch with bad hair chasing scantily clad lingerie models.

And it's not just that Donald Trump has been elected the next US President, it is the fact that his 'greed is good' philosophy is spreading like a plague throughout the world as we are seeing a rise of the far Right not seen since the 1930's.  Centre politics won't defeat them because they have more in common with them than the Left.  When given the choice, Mr. 'Centre' himself, Nick Clegg, chose hard right tories over wishy washy Blairites.

Anyway, enough of the soapbox, my warmest wishes to all my readers and thank you so much for your interesting and insightful contributions.  I am always grateful to anyone who takes the time and trouble to comment, the interesting points you raise gives me much to discuss, many thanks.