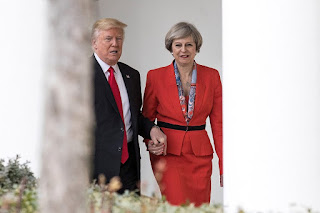 I don’t feel sorry for Theresa May, not one bit.  Like every other right wing leader she is only concerned with the interests of the top 1% she represents. She cried yesterday for herself, her tears said ‘why are you are all being so mean to me’, and maybe, ‘I’m going to burn in the fires of of hell for all eternity for taking the UK back to the beginning of the last century, when people actually died from poverty’. Their deaths will forever be on my conscious.  To be honest part 2 of the above probably hasn’t kicked in yet, but it will.  Every PM cares about their legacy, how they will be remembered.  History will not be kind to TM, probably why she wept for the first time. 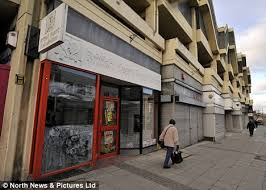 I’ve never been able to understand how she had the barefaced nerve to stand alongside other world leaders, knowing they were all aware of her objective to crush the British working classes into complete submission.  She has no shame that world leaders see homeless people sleeping on the streets of what is supposed to be one of the most advanced nations in the world.   For shame Theresa May and for shame any leader that leaves office with their nation going backwards.  She leaves a legacy of failure. Failure to win the votes of the public, parliament and even her own party. She will be remembered for trying to cling onto power long after she should have gone, and she will be remembered for launching British democracy into chaos. 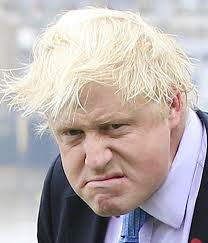 Anyone who follows her, as leader of the Conservative party and PM, won’t fare any better.  Happily our constitution has a system of checks and balances, that will prevent an emboldened new tory PM from pushing through a Brexit deal without the approval of parliament.  And seriously folks, will the charmless Boris do any better with the progressive leaders of Europe than the charmless Theresa?
But the past week was not without it’s highlights. I had no sympathy for Nigel Farage either. If anyone deserves to be milkshaked, it was him.  This is is a man, who, for some reason has been given a platform by every mainstream news network to preach hate filled rhetoric to the public on an almost daily basis.  Why?  Who does he represent?  Not half as many as we are led to believe. 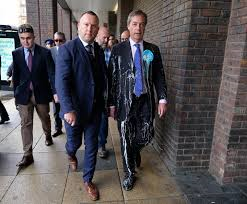 He is by any reasonable person’s estimation, a slimey, snidey, POS, laughing at all those stupid enough to take him seriously. It wouldn’t surprise me one tiny bit, if he along with his mate Trump were not in the pay of Putin.  He is the personification of WWII’S Lord Haw Haw, he hates England and it’s history of welcoming immigrants and new ideas and new cultures.  He is the numbnut sent out to pitch ignorance and backward thinking to the masses. The acceptable face of capitalism and greed, he likes a beer and fag, he is one of us. 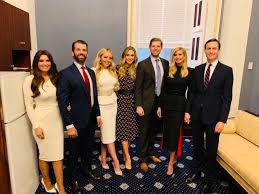 Talking about the acceptable face of capitalism and McDonalds milkshakes. The Queen apparently, has invited ‘the Donald’ to a State Banquet.  My sympathies right now are with the Queen. Imagine being told all the stars of American Housewives and several 'Sopranos' were coming to dinner?  I am sure Buckingham Palace has the finest chefs in the world (so too the Whitehouse), but just to make the Donald feel at home, perhaps she should order in Kentucky fried chicken and McDonalds burgers? For Donald sadly, that is the only way he can ensure his food has not been spat on, and its what he offers America’s finest when invited to the Whitehouse.  The only problem I foresee there is the milkshakes. 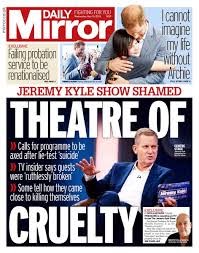 Not as current as I would have liked, but I feel I have to comment on the demise of Jeremy Kyle.  Tis true there are days when I have laid on the sofa eating bacon sarnies and kitkats and watching Jeremy admonish the low life scum he groomed to appear on his show.  I’m not proud of that.  But, like millions of others, it was always with the wish that a guest would get past the meatheads and land the odious Jeremy with a Glasgow Kiss.  To say he exploited society’s most vulnerable would be an understatement.  He preached a philosophy of punishment and exposure, a return to the dark ages where the feckless and the inadequate were held up for public ridicule, run out of town or forever targets of the sanctimonious. That his show was pulled for one suicide is frankly unbelievable, in this instance, it was probably one too many. 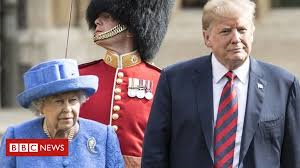 Posted by Rosalinda Hutton at 01:48