WHO OFFERS THE BEST HEAVEN? After 64 you need to choose, a fun look at the options 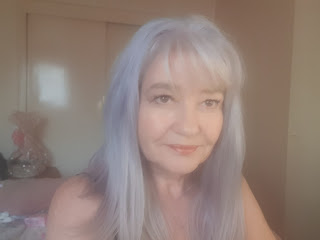 Several months ago, or it even more, I can't really remember, I decided to change my philosophy of life, whatever it may have been, after sweetness and light, wink wink.  I decided to go with, arguably the greatest philosopher, thinker and music maker and Liverpudlian, Mr.  John Lennon.  As a schoolboy he stated the purpose of life was to be happy.  His teacher scolded him and told him he didn't understand the assignment, he told her, she didn't understand life.  Quite.

It really is that simple, I just wish I had known it at the start of mine, that is before being indoctrinated with the Catholic ideology of guilt.  Took a lifetime to discover we were not actually put on this earth to suffer pain and misery for some distant reward in heaven.  That is a terrible purpose/philosophy, reason for living.  But a very good philosophy for keeping peasants subdued and working ever harder. The rich man in his castle, the poor man in the field, all things bright and beautiful for sure.  There is God telling us the way things should be, it was his will, not the will of the greedy elite, nothing to do with them.  Religion preserves the status quo, the class system, the establishment.  Blair claimed not 'to do' religion, but as soon as he left office, he got baptized and hung religious icons in all his homes.  Something scared the bejesus out of him.  The thought of bumping into that shite in the next life, heavenly as it may be, does not appeal.

It is for this reason I have now decided to follow the old religion of the Norsemen!  Yeah baby, the Vikings (still obsessed with them, red faced smiley).  To be fair, I have always hedged my bets on religion, I can go from athiest, to agnostic, to screaming 'Dear God' in the Catholic sense, on any given day.  At this end of life, I'm carefully looking at the options available at the end.

With the Catholic route, the journey to heaven is pretty much defined, live a clean life, no sinful partying, drug taking or killing your father and mother.  Ahh, but if you do, the Good Lord loves the fallen, and if you repent the weed and lines you did before stepping in front of that bus, you're still good to go to heaven.  But, I've never really liked the idea of heaven that much on the basis that it would be full of do gooders telling you how good they were in life.  They will have big long lists of all their public do gooding and abstinence.  All the while looking down on you for smoking, drinking, partying and maybe even pushing your folks off a hill, for, well, all eternity.

Hell meanwhile, doesn't seem that bleak.  Ok, there's the excessive heat and all that, but it is going to be full of all the heroes and anti heroes you never got to hang out with in real life.  I usually compare it to pubs these days, that is all the fun people are outside shivering under an umbrella in order to have a smoke, no flames per se but maybe an outdoor heater provided by a kindly landlord.  Smokers probably spend more at the bar.

Buddhism I have also dabbled in, if you call a Dali Lama quote each day dabbling.  I nearly got enticed into the whole you need Buddhism in your life, in a South London pub several decades ago.  Mischievously, I took my then boyfriend into a pub where I knew my old boyfriend would be.  I knew exactly what would happen, but I was still that naughty little girl who carried a mouse in my pocket for shock value.  It was pretty much like a fight scene from the old wild west, furniture and fists flying.  I was 'rescued' by a table full of buddhists who sensed I needed a bit of peace in my life.  I was 'Ooh two men fought over me' and I couldn't wait to tell my mates.  It was pure 'mean girl', my ex used to describe me as 'Aunt Sally' to his Worzel Gummidge, always looking for an opportunity to be mean to him.  To be fair, he gave as good as he got, probably why we stayed together for so long.  Now, I think, I would just go straight for the ice pick.  I jest, have you ever tried digging a patio?

Valhalla and the Norse religion offer a pretty good deal.  Drink as much as you like, eat magic mushrooms and partake of anything edible that gets you high, covet whoever or whatever you like, dress like a gladiator (yes, girls too), die fighting (with your sword in your hand) and return to Valhalla the next day to do the same all over again.  Bliss!  OK, can't say I am enamoured of the 'fighting' every day, not with my feet, but I am hoping the long white hair might qualify me as a shield maiden.

Which leads me nicely onto the hair and the above pic.  To cut or not to cut?  All the pandemic I cussed at the tragedy of not being able to go and get my hair done.  Ergo, it has grown and grown and with my frequent use of blue shampoo, is now blue.  Strangely, the boldness of the colour has given me a new lease of life.  A kind of inner 'come on old girl, it aint over yet', there is no law that states you have to get your hair cut short and permed.  And no reason to start buying granny clothes and hobbling.  To be fair, I do have an involuntary hobble (bunion) and I lean towards 'sensible' in the clothes department.  On the clothes front I did gaze longingly at a full length pink fairy dress with layers of crinoline and puffed sleeves on a market stall, but then I thought, where am I, aged 64 with a dodgy hip, going to wear a Cinderella dress?  I then had visions of Bette Davis as Baby Jane and swiftly moved on.  I can hear the shudders at the back there, ha ha.  My memory is not great either, perhaps why I momentarily thought a pink ball gown was just what I needed. I also keep losing words, which is dashed annoying, but happily the oldy worldy ones are still imbedded, probably because they were planted there in my youth, and they are a bit more profound, 'forsooth' for example, can be worked into any conversation.

For those who care, I have not been unhappy in my long absence from my blog.  This was the first time in my adult life that I haven't been obsessed with writing.  Naturally I went through all the 'tortured artiste, writer's block stuff - writers can think up all sorts of ways in which to torment themselves, I'm an A* at it.  But eventually that particular cloud lifted, I stopped caring that I couldn't write, I started to enjoy other things, binge watching especially, oh the joy of historic drama.  But also I am having lovely days out visiting castles and stately homes and ticking boxes.

I dropped the cooking and the ridiculous grocery shopping, there's only me, and M&S make spag bol and macaroni cheese just as well I do!   I feel like one of the last people in the universe to get that you don't have to stand over a hot stove every day or prepare everything from scratch in the 21st century.  Doh!

But back to the hair, I think I have decided I am not going to get it cut, leaving as is, feels a bit rebellious and I like that.  I'm going to enjoy it, it is the hair of a Viking queen or a Tagarean - yes was also addicted to GOT*.  On the religious front, forget Catholicism, so too Buddhism, just like the Catholics, again with the misery, all recurring lives are miserable until you get it right.  The boyfight alone will bring me back as a gnat or a toad, not a Viking queen I fear.

I think we should be able to select which heaven we want to go to, kind of like choosing life insurance or a new car.  Ok, so what do you God, or Gods, have to offer for a lifetime of worship?  I feel they should have show houses of what you are going to get for all that praying, kneeling and sacrificing?  I mean dahlink, are there swimming pools, stables maybe, banquets, diamonds, jewels, an ocean view? A slice of chocolate cake for that time when you went to church and put 50p in the collection box.  Quid per quo, what's in it for me?

And let's be fair, has anyone ever seen the fine print, all the byelaws, outlaws and inlaws, involved in having the paperwork to get past gatekeeper St. Paul (or is St. Peter) outside those pearly gates?  God, Jesus and the Holy Ghost (never understood the Trinity) have a record of every bad deed you have ever done.  That includes running over a mouse trying to cross the road.  I honestly didn't see him until it was too late and I still weep for his little mouse family waiting for him to come home.  In my defence I did once call out an emergency vet at 2.00am for my son's sick hamster.  He didn't make it, poor Conan but we were all with him at the end, not to mention he also left with a hefty vet bill.  My treatment of humans may warrant a few Xs on the naughty list, but if there is a priest around I can get forgiveness for that by repenting.  Maybe that's what I dislike about Catholicism, you can live your life as a complete b'stard and a word in a priest's ear can get you past the post.

Today I choose the Gods of the Vikings.  I want to go Valhalla and party with Odin, Thor, Freya and that naughty old Loki.  They really know how to party and fight!  One rule is that you have to die with your sword in your hand.  I don't have a sword, but I do have a very good butter knife and wonder if that will suffice?  Hopefully the Gods are a little less particular these days.

Tonight, I say to you all, SKOL.  My kindest wishes to all those who still look in and wonder what I am up to.  I think the writing itch is gradually creeping back and hope someone, anyone, lol, will pop on and say hello.  Please no rants or nasties, I have in my head at least, moved onto a 'happy land' and what I'd like more than anything is just a chat, especially about hair, eyelashes and nails.  That's who I am now :)

Posted by Rosalinda Hutton at 21:38