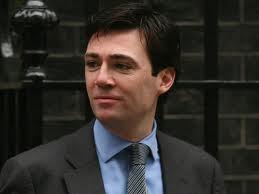 Here he is for those who couldn't be arsed to look him up.  You know who you are!  Ahh, having looked at him again, would have to say my feelings are all maternal.  I want to take him home, feed him chicken soup and tell him he is wonderful, no more.  He has a twinkle in his eye and a look of the Irish in him.

On the fruity front, I would say I still have a penchant for bad boys, the ones who brought me to wrack and ruin.  All the signs were there, but I had abnormally high oestrogen levels, I could smell an alpha male a mile off and in those days and I was quite happy to a respond to whatever it was they were dripping in, along with the rest the other females who had caught a whiff of it.  Of course, it doesn't take too long to realise that a hard drinking, street fighting husband with a brain the size of a pea, does not a good husband make.  And to those who have ticked that particular box, scrub it out.  Shame on you.

While, I acknowledge that some people do like to role play,  etc,  and kudos to them btw, I sometimes wonder if both parters are fully into those ones that border on the, hmmm, bizarre pastimes?  Do people sit in their office on a Friday afternoon, and say to themselves, 'oh for fecks sake, I've got to go home now and put on all that bondage gear and a gimp mask, when I'd must rather slip on a tracksuit, watch CSI and defrost a cheesecake?'   But each to their own, I always say.

I'm actually starting to think anthropolololgy (I've had several goes and still can't spell it) speaking, we are drawn towards mates on an equal level.  Even if that level is at the opposite extreme.  Maybe attraction is predetermined, out of our hands? fate?  For those still with me, nature finds a way to make the correct pairings, its out of our hands. Well thats my excuse.  As the wonderful John Malkovitch said in Dangerous Liasons   :its beyond my control'.   I think this whole 'opposites attract' thingy, is doomed from the start.  One will try to change the other.  Imagine locking a lion and a lioness in a two up, two down for example.  It would only be days before they ate each other, but any surviving cubs would be great looking.

Posted by Rosalinda Hutton at 20:32