THE TORTOISE, THE HARE AND SMITHMAN 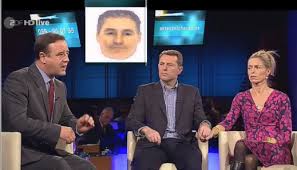 I believe the Smithman sighting is the biggest lead Scotland Yard have - they dedicated almost an entire 'Crimewatch' to it.  That picture of Gerry and Kate being interviewed by DCI Redwood with Smithman in the background is iconic for good reason.  And of course last summer, Operation Grange spent thousands if not millions, digging up areas in the immediate vicinity of Apartment 5A, following the route taken by Smithman.  You can kind of see why anyone desperate to take Smithman out of the equation would now be extremely agitated.

CMoMM as many of us kind of saw coming, has finally self combusted.  History has shown that people don't like it, when you force one opinion down to their throats and exclude all others.  Of course you always get wannabe dictators and tyrants who think they can buck the trend, but it always ends in tears.  Tony might do well to put down his bible, and study ACTUAL history.  'Veni, Vide, Vice' ended with 'et tu Brute'.

Contrary to the volumes of speculation and downright nonsense published by Tony Bennett, Gerry and Kate have deliberately played down and tried to ignore the sighting by the Smith family on the night of 3rd May.  Of the two 'sightings' on the night, they publicised the single sighting by Jane Tanner, rather than the group sighting by the Smith family.  Although the McCanns have held many press and faux police conferences dedicated to the Tanner sighting and Posh Spice look alike in Barcelona, they have NEVER made any appeals regarding the man seen by the Smiths.  For anyone studying this case, that is a huge red light!  In fact, so vague has been Team McCanns coverage of the Smithman sighting, that DCI Redwood introduced it as a huge revelation.

When the Times newspaper published an article claiming that the McCanns suppressed information about 'Smithman', there were further legal challenges and machinations, but essentially The Times were right, and the McCanns' claim that they could not afford to publicise TWO suspects was clearly nonsense.  For 8 years Gerry and Kate have been able to get front page coverage for their every bodily function.  Kate couldn't make love to Gerry, they have been heartened, devastated and on many occasions apoplectic with rage, but they have never had a moment to mention the strongest possible lead to the recovery of their daughter?  Seriously?

The reasons CMoMM are now solely dedicated to establishing that Smithman was NOT Gerry are a mystery, but their tactics are not working.  Absolutely no-one outside their inner clique is buying it - not that it matters one iota.  Tony Bennett fortunately has not now and has never ever, had any influence over the investigation into the disappearance of Madeleine McCann.  My sympathy is entirely with those on the receiving end of his voluminous letters.  Ditto those on receiving end of letters etc from Team McCann.  Wealth can buy a lot of 'legalspeak' and tie people up in paperwork for years.  Lets hope none of the officers on Operation Grange have been assigned to it.

I have no idea what is going with on Operation Grange, other than an extraordinary, nay, unique investigation, the like of which the entire world has probably never seen before.  30+ top homicide detectives, millions of pounds of public money, 4 YEARS and counting - in search of one small girl. I am not saying one small girl does not deserve such attention, but on a bizarre and disproportionate level, it goes off the scale.

However, I am in fact heartened, if I may borrow the word, that Scotland Yard appear to be working on behalf of Madeleine, though for obvious reasons, they cannot say so.  Their generous contribution to their fellow officer's legal battles with the former suspects, spoke volumes.  I don't discard the words of others who comment on the McCann case, this case has been astonishing on every level.  I would argue that cover ups would be quiet and discreet, which is why we do not know about them. But then again, 'in plain sight' appears to be the current trend, so who knows.

When you discard the elephants, the lion tamers, the flying trapeze and the clowns, there was a tragedy.  A tragedy lost in the obscene rush to profit and capitalise in the aftermath.  Madeleine wasn't mourned, she was turned into a trademark.  Her cute, angelic face covered a thousand billboards, but we never knew who she was.  She didn't grow up, she never will.  As Gerry says she is the innocent victim in all this.

'Gerry and I are finishers' Kate once said, and indeed they are.  They have proved it time and time again with their sporting achievements.  Whilst the rest of us start each new year with a list of wholesome resolutions, by January 3rd, we are diving head first into a tub of Hagaan Das and singing 'Little Ole Wine Drinker Me' hic.  Gerry and Kate are made of much sterner stuff, they probably have a list of  'objectives' (carved in stone) rather than drunken aspirations to climb Mount Everest, legalise fun drugs and bring back Flower Power.  Gerry and Kate get things done, they are ruled by their heads, not their hearts, and that combined with an almost martyresque determination, drives them on.  They will not give up, they will not abandon their mission. #imthekingoftheword #drevil #kamakikaze #doyourecant #ouchthatburns

Kate may well come to regret those ill chosen words, Goncalo Amaral too is a finisher, and his is a noble and just cause.  He will settle for nothing less than the truth.  Goncalo, if he will forgive me, is the tortoise to the McCanns' hare, 'don't brag about your lightening pace, Slow and Steady won the race'. (Aesop)

http://www.gofundme.com/Legal-DefencePJGA
Posted by Rosalinda Hutton at 10:58