AND THE ANSWER TO EVERY QUESTION IS ? 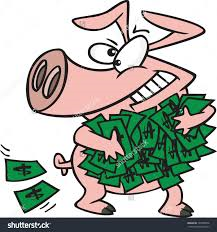 Whilst I do believe there are restrictions over the reporting of the Madeleine case, for most mainstream journalists, the Maddie case is one among thousands landing on their newsdesks every day.  They simply don't have the time or inclination to concentrate on one specific case. A case that will never pay the rent because no-one will publish their findings whilst a live criminal investigation is underway.

Newspapers are loathe to publish stories or articles that will land them in a legal quagmire, the news industry is too fast moving to get bogged down on individual stories that are unlikely to pay off, or even get past their legal teams.  I had a book published by Random House and the 'legal reading' is very intense, even the 'giants' are very wary of UK Libel Law.  Busy newsdesks have hundreds of stories to run past the lawyers and the problematic ones are usually ditched.

The idea that mainstream journalists KNOW the intimate details behind each and every story they report on, is ludicrous. Their job is to report the news, not to judge the participants and select those who are worthy or not worthy of airtime.  This is where the cesspit went seriously awry. They judge the reporters of the news rather than the news they are reporting.  Eg. That story can't be true because the reporter is a known adulterer.  They can't trust anyone other than the editor of the Parish magazine.  In a nutshell, they have lost the plot. 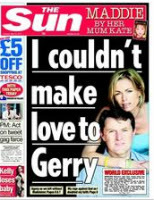 But returning to the lack of interest in this case by the Mainstream Media.  Given that the answer to EVERY question is money.  When there is money in it, there will be an abundance of McCann stories everywhere and the Murdoch empire has a head start because they worked closely with them in their campaign for a Review. Who can forget the 'I couldn't make love to Gerry' front page.

At the moment the floodgates are holding up because there is a live criminal investigation underway.  Most people, even avaricious old media moguls, understand that it would be morally reprehensible to interfere in a criminal investigation. Let's not forget that this case is about a little girl who's life was cut short and who deserves justice. Those conducting their own investigations and bombarding Operation Grange with FOI requests and Petitions are doing Madeleine a disservice, they are actively interfering in the judicial process by tying the police up with nonsense, and harassing witnesses.  I fear their interference will prevent any trial or any justice for Madeleine, and I'm actually beginning to wonder if that has been their aim all along.

Not only are they wasting the Officers time, they are accusing them of corruption at the very least, and God knows what else, in their private discussion rooms.  They are protecting themselves from libel action by using anonymity, but their present safety lies in the fact that they are probably such a low priority in this case that no-one can be arsed with them.  But let's hope they have all added their real names to Bennett's Petitions anyway.

As it stands there has been no conclusion to the Madeleine case.  Operation Grange, may have wound down, but it hasn't closed.  At the moment there is nothing to protest against.  If it merely drags on without any announcement or result, anyone of us are free to take the matter to our local MP so that questions can be raised in the Houses of Parliament.  We live in a democracy, the investigation has been publicly funded, it cannot just be filed away with no questions asked.

Meanwhile what kind of justice do we want?  I don't think anyone can dispute that those directly involved are living under a very dark cloud.  Their lives are no longer their own, they are all dependent on the links of a chain holding strong.  They are living in fear, and I cannot think of a worse prison than that.  A pro once asked me if it would really be so bad if they 'got away with it', and to be honest, I did have to stop and think about it.  The crime suspected is grotesque but the punishment is lifelong.

But returning to reality, the 'crime' didn't stop there, it grew and multiplied and it has been very cruel and destructive, not only for those daft enough to allow themselves to become so entangled, but to innocent bystanders and the cop who had the misfortune of being handed the poisoned chalice.  They deliberately set out to bring misery and fear to others, and they have preyed on peoples' kindness and generosity to amass a large fortune.  But worse, and in the words of Kate 'they will never stop'. 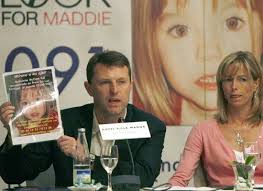 Posted by Rosalinda Hutton at 13:29