OVER THE GARDEN FENCE - THIS WEEK, THE HEROES, RUN HARRY, PSYCHOTIC ANTI MASKERS and VAXXERS 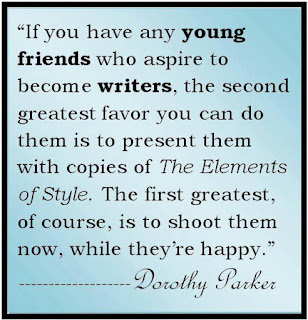 BRAVO   the heroes and heroines of the RNLI
So good to see the huge wave of support for the RNLI (Royal National Lifeboat Institution) this week on social media, for me it proved that the majority support compassion, humanity and bravery, not the petty spitefulness towards immigrants of Priti Patel and Nigel Farage.  I have nothing but admiration for those poor souls, so desperate, yet so determined to find a better life.  The far Right try to portray immigrants as ne'er do wells and scroungers who will somehow lower the quality of life of the indigenous English.  Coming over here, opening new business (when did a local start a new business in his/her err, locality?), with their working every hour under the sun ethics and their crazy ideas that this is a land of opportunity, how dare they!  They must be hated and blamed for, well, everything.
Run Harry

I don't like Meghan Markle.  There I said it.  If a man had taken a woman away from his family and friends, and indeed, taken total control of her life, we would all be saying OMG what a control freak, run.  Harry is clearly not the captain of his own ship or master of his own fate, if he were, he would not have spent his first 35 years under the control of the House of Windsor. that he now claims he hated.  He wasn't actually imprisoned in any of those castles, he had a massive fortune and an indulgent Granny with the ability to grant him any title, role or job he wanted.   Of course what he was really looking for was love, in the same way as a 'Tim, nice but dim' aristo, or more like a Bertie Wooster without a Jeeves.  Enter Meghan actively looking for a wealthy English man, poor Harry never stood a chance.

Yes, I have a soft spot for Harry and William, ever since their heart breaking walk behind their mother's coffin, I think we all have.  But it is more of a tragedy that Harry is living with someone who sees that tragic moment as a continued source of income.  Having indulged in every form of navel gazing known to man (and woman), I can safely and assuredly say, ffs let it go and move on, is the best and swiftest form of recovery.  Grown men blaming their current lives and decisions on imagined slights from their childhood, are, well pathetic.  Harry the narcissist, found someone willing to listen to all his 'poor me' stories and inner thoughts, step 2 in how to make someone love you guides.  Or something you pay a counsellor 50/100 quid an hour for.    Someone who not only listened to his inane ramblings 24/7 but someone who agreed with everything he said and saw the inane ramblings of a Prince as a 4 book deal worth $20million.

And before anyone attacks me for being an establishment tool, as if, lol, I went right off Meghan when I saw how callously she treated (and still is), her poor old dad.  A figure who was far more constant in her life (yes, I read Lady C et al books) than her mother - the only family member invited to her wedding.  Now she has cut her husband off from his family, I don't know how anyone could be comfortable with that.  Unfortunately, now Harry really doesn't have a way out.  He is more trapped in his mansion in California than he ever was with multiple castles available to him.  Ce le vie.

Over the Garden Fence

But this is not a 'hate Meghan' blog, just me in my curlers and pinny chatting to my neighbour over the garden fence.  Or a 'if you haven't got anything nice to say, come sit beside me'.  Now was that Oscar Wilde, or Dorothy Parker?  On that I am enjoying the take down of Donald Trump and his awful family.  And that's not like me.  I'm not really into retribution, it goes against my nature, when it comes to the crunch I'm more likely to say, slap on wrist and don't it again.  Maybe because all the new revelations of his crimes and the prosecutions in motion, seem distant as if he is still untouchable.  I think the reality will kick in when an actual 'Trump' is seen in handcuffs.  Oooh Err.

On Masks and Vaccines

The eejits have been out in force this week demanding their 'rights', as if this totally incompetent tory government would have the wit to use a viral pandemic to 'control us'.  Does anyone think there is an evil genius among them (the Bullingdon Boys) capable of organising virtual control of the masses? Boris was talking about chain gangs only the other day!  One is a step forward in evolution, albeit scary, one is a step back in time, which option is a hang 'em and flog 'em' tory (most of them) likely to take?

I have had both vaccinations, and very grateful I was too.  I also continue to wear a mask in indoor public places and I hope the non maskers and non vaxxers, respect my personal choices.  I have noticed in shops, some employees wear masks, some don't.  Presumably large retailers are leaving it up to individuals.  Sadly, it is the psychotic anti maskers and anti vaxxers, we need to avoid, their demand to let people know they are not robots by making a racket about it, is providing Covid-19 with new hosts.  I read a moving account by a doctor of a Covid ICU ward, where patients being intubated were begging for the vaccine, and she had to tell them it was too late.  I urge everyone to get vaccinated and to persuade others too, those heart wrenching moments in the ICU wards don't have to occur, read and listen to the scientists and the informed, remember Boris Johnson speaks with a forked tongue! 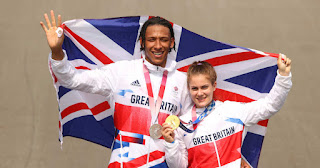 But I will finish on a happy note.  Well done all those athletes in Tokyo, we can only imagine the work they have put into their sports to achieve such magnificent performances.  I can't just cheer for the UK, who of course I cheer for, but I am touched by the spirit of every youngster who gets up on those podiums.  Each has a story, each has a dream, I am in awe. 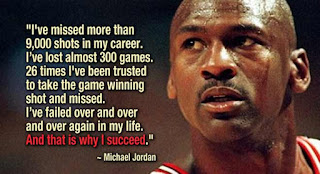 Posted by Rosalinda Hutton at 18:23