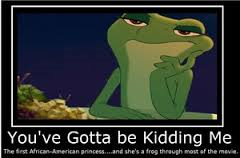 Whilst establishing that Madeleine had been abducted, the McCann Media Machine also established that the parents didn't do anything wrong.  Leaving babies alone while you go out to dine is the British way apparently.  Legal advice was quickly sought and obtained by the parents, checking on the children every half  hour fell well within the bounds of responsible parenting.  Thousands of people they said, had contacted them to reassure them that they do exactly the same, even dopey sofa Queens, alarmingly, said they too, had done this, so they couldn't be more sympathetic. 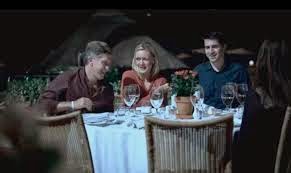 Bizarrely, even, almost 7 years on, the BBC still portrayed the 'responsible parenting' as normal, and perfectly acceptable behaviour. These were not chavs throwing cans of White lightening to each other over the garden fence, these were PLU (People Like Us) fine dining at a restaurant that just happened to be down the road from where their kids were.  There was no suggestion that there was any danger present other than the zillion to one chance that a paedophile may have been scouring the resort for a special child to steal, and no-one could have foreseen that.

Are there any lessons to be learned asked Sky News Ian Woods, during one of their first interviews.  'At worst, we were naïve said Kate'.  AT WORST? Seriously?  That is the full extent of the blame that you will accept Kate?  'We have said many times, and I think everyone agrees', says Gerry, and you have seen the proximity Ian, blah, blah, blah. So in a nutshell, no, nada, zilch, lessons to be learned, the McCanns did nothing wrong, being down at the tapas bar with their mates was really no different to being in the next bedroom and the guilt is on par.  As they did nothing wrong, there were no lessons to be learned.  No warnings to other parents, no pleading with them to learn from their mistake (not admitted) and certainly no acceptance that their own actions might have cost their daughter her life.  Remorse?  You got to be kidding.  Remorse follows ownership of guilt, and there isn't any. 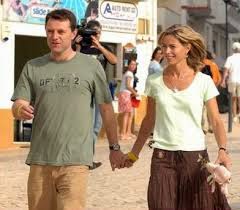 Legally and morally, Gerry and Kate were in the clear, they did nothing wrong and anyone who said they did was just being spiteful.  Rather than condemn their own actions, which would have been admittance of wrong doing, they sold the benefits of the childminding system they devised and used on that holiday as if they had found the answer to every flustered parent's problems.  It had worked perfectly on all the previous nights and up until Madeleine disappeared, it had been an idyllic holiday for all.  Gerry and Kate especially, their kids went happily to the crèche each day, and stayed asleep in their beds while their parents went out in the evenings.  Gerry and Kate even had the luxury of leisurely showers and pre drinks alone before joining their equally unflustered friends at the restaurant.  The system worked.  Except, and I hate to be the one to point this out - it didn't. 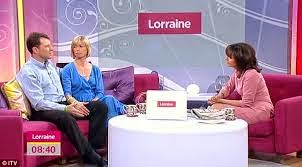 In order to spare the parents' feelings, not only were they not reproached for what they had done (they had suffered enough) this terrifyingly dangerous approach to holiday childcare was given the green light by panting journalists eager to get exclusives from the moneyspinning McCanns. 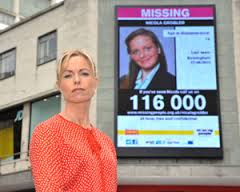 No matter that the young and the unenlightened might look to doctors and media personalities for guidance on raising their own kids, not one of those authoritative figures condemned the dangerous practice of leaving children alone and none had the guts to say to the McCanns, wtf were you thinking?

Parents of young children unconsciously risk assess every situation and environment they take their kids into.  A vigilant mother of a toddler will spot a head height sharp corner at 50 paces.   And it stays with you, to this day I still turn saucepan handles inwards on the cooker even in other peoples' homes.  Young parents are on constant alert, it is instinctive, watch a young mum gazing at her child, you can see it clearly, it is quite charming, its how normal, loving parents behave.

Did this group of highly educated medical practitioners risk assess before making the 'collective' decision to leave their very young and some sick, babies and toddlers alone in their holiday apartments while they dined out? Do they still claim it was a faultless system of childminding? Worse case scenario, all THREE children could have been taken said Gerry. The only blip in the plan it seems, was their failure to take into consideration the likelihood of a child predator wondering around the coastal town looking for unlocked apartments and unattended children and they cannot be blamed for not foreseeing that. That, apparently, was the only error they made.

So lets take a look at this checking system that has been defended so vigorously by the parents, their friends, the press and people who really should know better.  The decision was at worst, naïve, 'we are sorry we weren't there AT THAT MOMENT', but we have done everything to make up for it since, so lets not dwell on it blah,blah.    Lets focus on the risk to our children from wondering predators if left alone, and totally disregard the risk of them choking, eating something they shouldn't, climbing and falling, poking fingers/objects into plug holes, etc, etc, and of course fire, the reason the patio doors were left open, apparently. 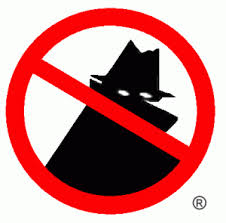 Lets do a risk assessment of our own.  Gerry is of course right, the chances of a predator coming into your apartment and stealing your child is indeed miniscule to almost non existent.  The chances of that child getting out of bed, exploring and wandering off are at the top end of high.  So too the chances of a serious accident resulting in death.

These small children were not in their own beds at home, they were in unfamiliar surroundings. Ditto their parents.  Although they were small, some were walking and if they were typical toddlers, extremely active. Most kids can climb out of their cots and go exploring well before the age of 2. In familiar surroundings a few falls and knocks on the noggin might make them think twice about climbing furniture they know, but in a holiday apartment, everything is new. 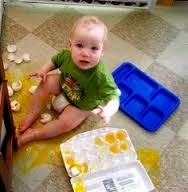 The definition of toddler should read 'accident waiting to happen'.  They have no sense of danger.  They have no sense.  Period.  Most new parents, even before their babies are born, begin to childproof everything in their homes that might present a danger.  Locks are put onto cupboards, protectors are put into electric sockets, wires are placed out of reach, ditto medicines, detergents, toilet cleaners, soap, cosmetics, the list goes on.  When you find your toddler has poured an entire bottle of Chanel No. 5 onto his rocking horse, you don't take any chances. 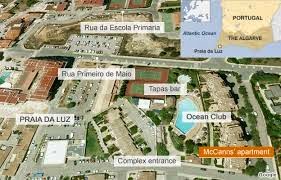 Was Apartment 5A safe?  A 4 year child might not be able to open complex shutters and a window, but a door left ajar would not be difficult for a little girl determined to find her parents. The distance between the apartment and the Tapas may have been 50 metres as the crow flies, though I doubt it, but it wasn't a straightforward route.  The patio led out onto a concrete patio with concrete steps.  The small gate may have made the steps inaccessible to two year olds, but it wouldn't be much of challenge for a little girl who was almost 4.  Ditto the gate at the bottom of the steps leading onto the main road. And between the apartment and the tapas bar was a swimming pool.

For those checking on the children, they had to walk out of the complex via the reception doors, and then via a series of reception doors, gates and steps to get to their apartments.  That's if they used the short route.  If they entered their apartments via their front doors using keys, then they had to follow the main road around and enter via the car park at the back. The plan wasn't simple,  convenient or user friendly and if I am honest (great expression) it must have been a complete pain in the arse.

Put aside for a moment the obvious danger to the kids, this was a group of adults on a similar wave length who were really into each other.  They shared the same hopes, dreams and paths in life.  They were a select group, choosy about their friends and the company they kept.  No doubt they shared fond memories of their student days when conversations, debates and good times went on forever.  Unfortunately, one of the down sides for new parents, is that just when the good times get going, they are interrupted by little ones who want to stay up and have fun too.  This is extremely painful for narcissists, especially if they are in the middle of strutting their stuff.

Most sceptics find the clumsy, unsociable, system of checking hard to swallow. Five days into their holiday, and that was the best plan for childcare that these highly educated, medical professionals could come up with?  And one that they stuck with every night of their holiday?  One that involved their food going cold, their conversations being cut off mid flow, not to mention endangering their kids.  Have any of them ever worked in A&E?

In the eyes of the UK Government, the media and for a long time, most of the public, the McCanns were blameless.  Not only were they blameless, they were heroic. Not for the hundreds of lives they could have potentially saved by pointing out the real dangers of leaving children home alone, but for spearheading a campaign on behalf of the 1% of missing children kidnapped by strangers.  In real terms, your child is twice as likely to be struck by lightning than be abducted by a stranger and a hundred times more likely to die from an accident.  As for dining out while your kids sleep, the message from the powers that be, seems to be carry on regardless.

Posted by Rosalinda Hutton at 10:41