A WIN FOR GONCALO IS A WIN FOR MADELEINE

﻿
In May 2007 Goncalo Amaral was handed the poisoned chalice that was the case of Missing Madeleine McCann.  It could have been any policeman in any town in any country in the world, but fate chose Goncalo and the quiet resort of Prai de Luz, and once the die is caste there is no turning back.

Unfortunately for the McCanns, this policeman was not for turning, his task was to find the missing child, and bring the perpetrators of her demise to justice.  He did the job he signed up for, he focused on the victim, and he focuses on her still. For whatever reason the British Government were pressurising the Portuguese to look for a stranger abductor, and accept, without question, the word of the Tapas doctors. 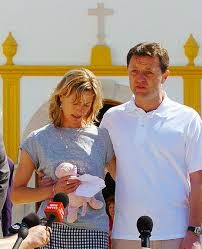 An honourable man, Goncalo had no option but to resign from the job he had dedicated his life to.  However, that was not enough for Kate and Gerry McCann, Kate needed Goncalo to feel misery and fear. And in order to elevate themselves to sainthood, they needed an evil villain, a 'monster' they could direct the public to, in order to embellish their own suffering.  And the xenophobic British establishment, obliged and assisted with outrageous headlines, pointing the finger, and blaming the loss of Madeleine on a slovenly, sardine munching cop, who spent too long at lunch.


But, here's a thing.  The reason Goncalo and/or indeed any of the PJ may have appeared slovenly or unkempt, was because they were sleeping at the office and working back to back shifts searching for a child who it was claimed, had been abducted!  They weren't shacked up in 5* hotels with a row of Hugo Boss suits at their disposal for photo shoots, they were looking for Madeleine.


First and foremost, the men and women of the PJ are human beings, fathers, mothers, grandparents.  They were as touched by Madeleine's plight as the rest of the world - more so because they were so close to the action.  They worked day and night to find that little girl, as did the compassionate people of PDL, who spent days combing through the undergrowth, turning over EVERY stone, whilst the parents, hmmm, jogged!  The hypocrisy of the British media is astonishing, whilst admonishing critics on behalf of the McCann children, they viciously ripped into the life and reputation of Goncalo, with complete disregard for what effects reading their father is a 'monster' might have on the Amaral children! But more astonishing still, is their reports back to the UK that the PJ were doing nothing, while being first hand witnesses to the biggest missing child search in Poruguese history!

The British press did an amazing job of dehumanising the men and women who were looking for Madeleine, convincing the public that the PJ were incompetent and hell bent on stitching the parents up. Clearly all reason and logic were abandoned in their indecent haste to find a (foreign) rogue, because it was in no-one's interests, least of all the Portuguese police, to leave a predatory child snatcher on the loose. It would have left all children at risk, including their own. 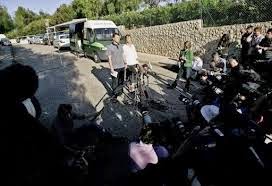 In defence of the Portuguese police, not only did they have the unco-operative tapas group to contend with, they also had the results of the McCanns phenomenal publicity campaign.  They were being inundated with calls from every crackpot around the globe claiming to have seen a 'small blonde' child and being pressurised to follow every lead up.  One might even say, they were being forced to 'look over there, not over here'.

The 'establishment' would have us believe that Madeleine is lost because of the ineptitude of the Portuguese police.  Team McCann created the myth that the Portuguese police were trying to blame them in order to wrap the case up quickly and because they 'didn't want a murder' in Portugal.  Yet, whilst appearing to be working happily and in harmony with the Portuguese police, the McCanns were already planting stories in the press about the PJ's incompetence, ie.  'I see no helicopters' Gerry. For an example of their duplicity, we only have to look at the interviews they were giving at the time, Gerry's happy clappy blogs and what was really going on as told to us later in Kate's book, or as Blacksmith says, the longest suicide note in history.

It is the evil that lies a the heart of this conspiracy that sticks in my craw.  The pure spite of the campaign to destroy Goncalo Amaral, a man who has never stopped caring about the fate of their little girl. Yet the demonization of Goncalo continues, the British press gleefully brag about his downfall, cockahoop that a former policeman who was only doing his job is to be stripped of the few possessions he has remaining, to financially compensate parents who wilfully left their tiny children alone night and night, until one died, and who have no remorse about it whatsoever.

It is an outrage on epic proportions and we need to respond with epic proportions, by arming Goncalo with the same resources as his persecutors.  A win for Goncalo Amaral is a win for Madeleine and for everyone who truly cares about her fate.  If the only way to win justice for Madeleine is through the Portuguese courts and faith in the goodness and fairness of the majority, then so be it.  The die has been caste.

In its heyday the Find Madeleine website received 50million hits plus, from people all over the world who were touched by the plight of this little girl.  Most of those 50million have moved on, and quite rightly, but one man remains standing, one man who will never give up on Madeleine despite everything that is thrown at him.   One man who is prepared to challenge the establishments of Portugal and the UK and stand up for the real victim of this crime.  Goncalo is the stuff heroes are made of, a man ruled by truth, honour and integrity, willing to sacrifice everything (and he has) to carry out the task he was assigned.

That little girl, who's face touched the hearts of millions is still missing and what happened to her is just as tragic now as it was 8 years ago but the wrong people are being blamed and persecuted.  Up until the death of Brenda Leyland, EVERYONE who criticised the McCann was included in the revenge list, the death dossier handed to Leicester police and Sky News.  Not believing the McCanns is probably as close to a criminal offence that most of us have ever committed, Brenda Leyland especially, and if the McCanns and their supporters have their way, we will all be in a dock facing a judge.  If we don't fight for our small freedoms, we won't have a hope when they take away the big ones.  This case is so much more than a missing child. 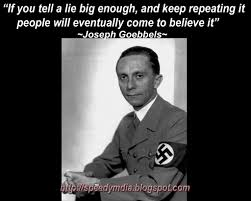 The abduction story has been kept alive through fear, intimidation and repetition. The majority who comment on the case do so anonymously, because they know their employers, friends, relatives and everyone they know will be informed of their 'disgraceful' behaviour and they will probably never find employment again.  That's how far the McCann Blacklist goes.  The McCann supporters are especially keen on outing people while guarding their own identities like East Berlin moles.  Clearly, they take no pride in what they do.

The response to the appeal Fund set up in the UK by Leanne Baulch, has been incredible, in fact, awe inspiring.  Far from being a very small bunch of misfits, weirdos and trolls, the Fund has shown that the people of the UK and beyond (there are thousands) do not believe the abduction story and they finally have an outlet in which to voice their true opinions.  Those who still think this case can be covered up, no questions asked, are receiving a huge wake up call.  All those opinions blocked by the comments sections of the UK mainstream media finally have a place and the means with which to say 'I am not buying this crap' and the government and Operation Grange better be listening.  The press can call us trolls, backed up with a pile of legal bumpf, but we wear the label proudly, we are all trolls, we are all Spartacus, we will not be silenced.

I think the fickle finger of fate chose wisely, though Goncalo may not agree at this time - perhaps when he writes his memoirs :) - because he stood up to the plate, he did the job he was trained to do and that he dedicated his life to and his bravery and refusal to roll over like so many others, stopped the false history of this urban legend dead in its tracks.  He deserves our support, and so too does Madeleine.