WHY GONCALO AMARAL HAS TO BE THE BAD GUY

Oh to have been a photographer in PDL when the call went out for pictures of the grief stricken parents and cops behaving badly.  One of the most fascinating aspects of this case is watching the way in which the publicity campaigns have been orchestrated and the public manipulated in order to make the lie become the truth.

From the off the parents were portrayed as clean living, God fearing catholics who had never done anything wrong in their entire lives.  Kate and Gerry turned immediately to the church and thus got on board millions the world over who already believe in unseen entities and the word of the Lord - they were always going to struggle with the athiests.

At the height of their campaign they went to see the Pope, lit candles and begged the world to pray with them.  Not only had they lost their daughter but they were the victims of a scruffy, hard drinking cop who just wanted to wrap the case up quickly so he could get back to his wine and women.

And it was a phenomenal success, one wonders how much of the Madeleine Fund was used to pay photographers for pictures of Portuguese detectives looking crumpled and K&G looked martyred, but impeccably dressed.
﻿
﻿﻿ 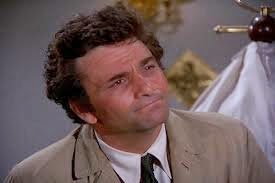 The critics of Goncalo Amaral are obviously unfamiliar with the writing premise of almost every, strike that, every, fictional detective book/film/tv series etc. That is, renegade cop (with human failings) pursues clean cut rule following pillars of the community. Cops have strict rules and regulations to abide by, but we all cheer them on when they break them to catch the baddy.

The most successful hero cops, are usually flawed in some way (it creates empathy with the audience), that is, they are alcoholic, workaholic, emotional wrecks who have troubled home lives, but they never give up.

The fiction is based on fact. Its not the box ticking, clean cut, rule following automatons who solve the crimes, it is those who break the rules and think outside of the box, who get their man. And in real life, as in fiction, they are usually up against 'the establishment'.

This detective drama is writing itself, Goncalo is the baddy in a crumpled suit with a fondness for wine. His slate isn't clean, he didn't wear a smart uniform with polished shoes and a shiny badge. Whilst his career climbing colleagues were hand pressing their lapels, he was out getting his hands dirty - he's a cop, not a Sunday school teacher.

I smiled when I read that one of the things that hurt Goncalo was being called a 'bad dresser' - that has a sting like no other, especially when you know the basta'ds are out to get you looking at your worst.  It isn't true of course, it is all part of the 'monster cop' persona the Team McCann propaganda machine have created.  The British press are loathe to interview him because the reality bears no resemblance to the image of him that has been created.


Whilst clean living SS Commandants may be the epitomy of law and order, they are not ideal role models for a successful detective. You can demand the population play nicely and stick to the rules but they rarely do. Only in Steptford and Pleasantville can law enforcement officers perform their duties in their Sunday best. When chasing criminals, hair will fall out of place, clothing may be damaged and shoes may be scuffed. Has a criminal ever 'got off' because the arresting officer was inappropriately dressed?

The accusations being thrown at Goncalo Amaral are everything we expect, so much so, they are almost cliché. Goncalo is probably not very different to every middle aged, hard working cop the world over, His enemies have merely taken his flaws and amplified them. 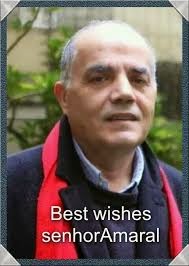